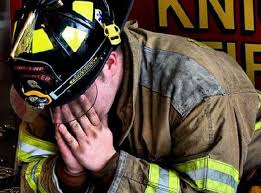 TUCSON, AZ (Tucson News Now) – Helping others was second nature for Jose Salmaniego, until he was the one who needed the help.

“(He was) so selfless. He was so laser focused on helping other people,” his wife, Serena Salmanego, explained.

He was a loving husband, a devoted dad, and a dedicated Golder Ranch firefighter.

But Jose struggled with post-traumatic stress and addiction. What he witnessed at work often haunted him when he got home.

“It was the middle of the night nightmares and not being able to sleep. It was being distracted and irritable throughout the day,” she said.

These were all signs of his struggle as he became imprisoned in his own mind, until he couldn’t handle the battle anymore.

“To see him lose hope in himself from all the things he experienced was absolutely paralyzing,” she explained. His struggles with PTSD impacted the entire family, but the Salamaniegos’ story doesn’t stand alone.

McKendrick said many firefighters avoid asking for help at work. That’s why the GTFF acts as an outside, separate from the workplace resource, in hopes that they may one day break the stigma of mental health and firefighters realize it’s okay to ask for help.ers in the general public.

“It’s a shame. It’s not a surprise. We are going to help with it,” said McKendrick.

The foundation he chairs is at the forefront of tackling this issue. For those currently at war with PTSD, the foundation brings the help and resources they may need to them.

McKenrick said many firefighters avoid asking for help at work. That’s why the GTFF acts as an outside, separate from the workplace resource, in hopes that they may one day break the stigma of mental health and firefighters realize it’s okay to ask for help.

The GTFF also helps families throughout the struggle, and after the loss. Doing so by paying copays for counseling, and easing the pain for families.

They helped the Salmaniego family after they lost Jose.

“My children will never see their dad again. They’re missing their father. Is it worth that?” Serena shares her family’s story because she wants to be a part of the solution.

Serena passed along advice for other families battling these kinds of mental health issues. She said it’s important to remember you are never fighting alone.

Serena grieved the loss of her husband with the help of the Greater Tucson Fire Foundation … and there’s a way you can help the foundation too. The foundation received a challenger grant of up to $20,000. Every do

nation made to the foundation will be matched by a family wanting to make a break in this problem. You can make a donation at https://www.tucsonfirefoundation.org/.

If you or someone you love may be struggling with mental health issues or may be thinking of taking your/their own life, you can reach out to these agencies at any time of the day: 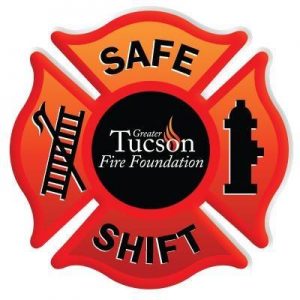 Top
Save The Date

A benefactor has again offered a $20,000 donation match for firefighter and their family mental health programming. Each dollar raised will be matched dollar for dollar up to $20,000.